The Pit Boss and I are on this whackadoo 21 day cleanse that he got from my crazy liberal brother when he had a work trip out to California last month.  Apparently my brother and sister-in-law are looking mighty buff and healthy these days (I'll find out myself when they arrive later today) and The Pit Boss wanted in on their secret.

We're two weeks in, and it hasn't been as bad as I anticipated.  The only thing is that it gets a little boring grilling chicken one night, pork tenderloin the next.  And throw in some ground turkey every few days for variety.  I decided there had to be something good I could eat that was gluten-free, sugar-free, dairy-free...and a whole list of other things.

Here's what I came up with, and it was delicious!


Mushroom Pork
Ingredients:
First I put the garlic, onion, and mushrooms into my food processor and pulsed it until it was chopped finely. 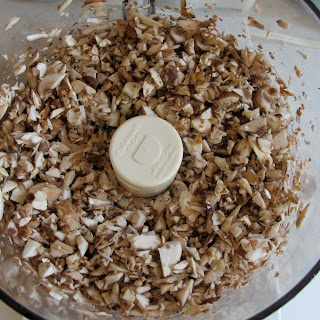 I dumped this into a skillet with a little olive oil and sauteed it until it was fragrant and soft. 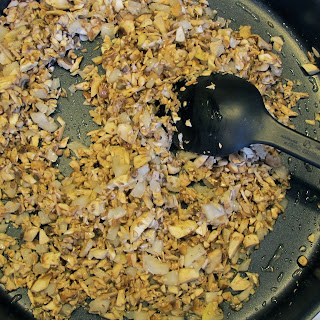 Then I  beat the egg with a little water and dipped the pork chops in it. 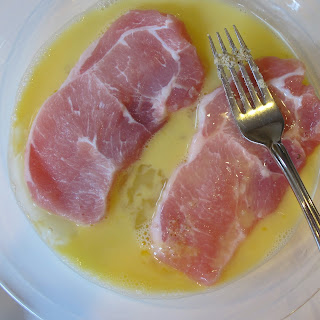 Then into the flour (or breadcrumbs): 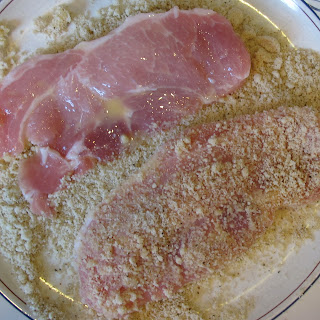 I put a spoonful of the mushroom mix in the center of the pork chop and rolled it up, ala Gina at Skinnytaste. 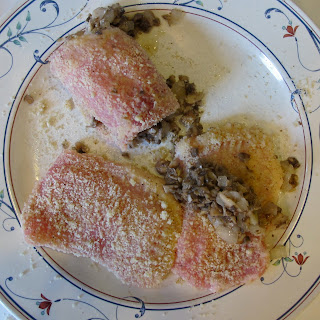 I snuggled them up in baking dish, spooned the rest of the mushrooms over the top, and popped them into a 325 degree oven for 25 minutes. 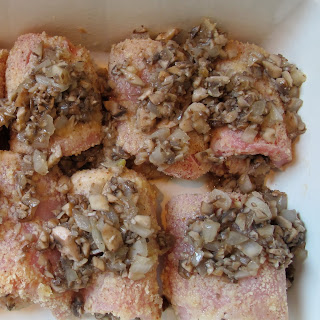 While the pork was baking, I made some quinoa and sauteed some spinach in the same leftover olive oil and garlic pan.  It smelled so good that I didn't even take a plate picture, but it was quick and yummy!

Things I might try next time:
Let me know what you think if you try it out!

Email ThisBlogThis!Share to TwitterShare to FacebookShare to Pinterest
File under: recipe