As you may have read/heard, last Friday was the Black Friday Sew In, coordinated by Sandy over at Quilting for the Rest of Us and others.  This twitter party was so much fun, even if I didn't get a whole lot of sewing done.

Several bloggers and podcasters participated and hosted their own giveaways, including Jaye at Artquiltmaker.

Lucky me!  I won Art Quilt Portfolio: The Natural World

from Jaye, and it arrived in yesterday's mail. 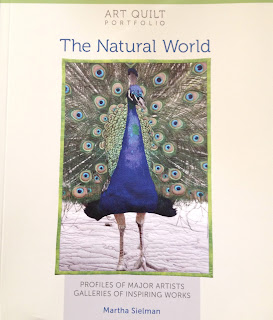 I am drooling over the quilts - works of art if you ever saw one - and itching to experiment with more art quilting.

Wow! November was a blur.  How was your Thanksgiving?

We had a fantastic week.  Thanksgiving is my mom's favorite holiday and the one that she does to the max.  This started out when I was around 10 and it was just the four of us for Thanksgiving.  For my mom who is one of four kids, and whose own mom was one of twelve kids, it was just not enough people.  The next year we had Thanksgiving with some friends who also had no extended family in town.  It has grown from there, and everyone is invited.  This is also the one time a year when my brother and his family are guaranteed to be here from California, so there is lots of awesome cousin time.

We have had as many as 50+, but this year it was a much more manageable 38.  Everyone helps set up tables and chairs, bake pies, brine turkeys, ice drinks, set the tables, sweep the deck, and take out the trash.  I really thought 3 turkeys and a ham were going to be too much, but almost no leftovers got thrown out.  Shocking!

I made this turkey, which was such a hit that they have asked me to do it again at Christmas.  The only thing I did differently was to roast it upside down for the first hour at 425, then flip it and turn the oven down to 325.  It was delicious!

My family decided that the best thing they ate all week was this leftover turkey soup.    I made it just like the recipe but added all of the broth from the carcass (about 4 extra cups) and we still ate it all up!

Of course I made my usual Calypso Pie, a totally non-traditional holiday pie but one without which Thanksgiving would not be complete for my family.  I also made an apple pie with crumb topping, which is The Pit Boss's favorite.

I try to keep track of things I would do differently next year, but this year was so much fun that my only note is to start the turkey about 30 minutes earlier than I did because I cut it a little close.

Storybook Quilts on Sewing With Nancy

Remember when I told you that Storybook Quilts was going to be featured on Sewing With Nancy? 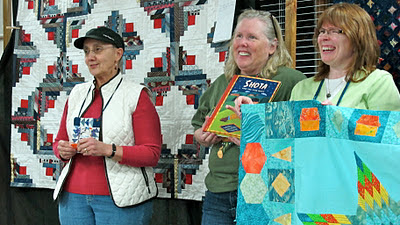 Guild member Julie Stephens spoke with Nancy via Skype to share the quilts and the project.

Email ThisBlogThis!Share to TwitterShare to FacebookShare to Pinterest
File under: challenge, guild

This month our guild invited Karla Alexander of Saginaw Street Quilt Company to share her program "Lifting the Quilts Out of Your Stash." 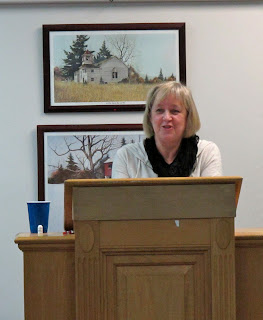 It felt good to get back to the guild.  I had missed a few meetings and we've had some meetings that were not "normal" due to the show and the challenge, so I think the last regular meeting with a program that I attended was Ann Hazelwood back in June! 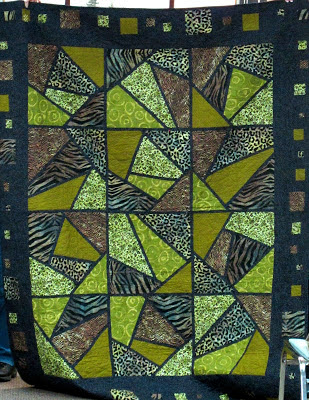 Karla shared the story of her quilting roots and how she became such a quilting rebel.  I love her philosophy that a quilt is a touchstone that connects to the past, to people and times we love.  I also love the idea of breaking quilting rules.

The quilt below is made with one of Karla's Creative Grid rulers.   I believe this one uses the Split Second Ruler. 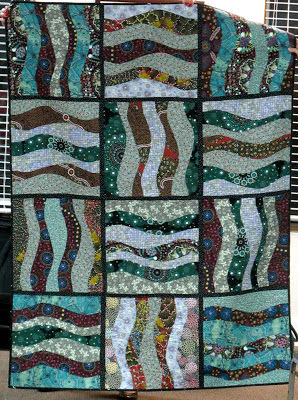 While using many traditional blocks and techniques, Karla adds her own personal stamp to each design.  In my mind, that's the definition of a modern quilter!

Email ThisBlogThis!Share to TwitterShare to FacebookShare to Pinterest
File under: guild, The Pit Boss, Wanna Bees

As if there weren't enough reminders... 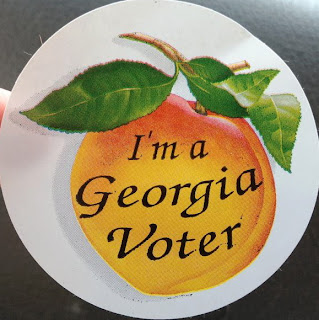 Please exercise your right to vote and celebrate the blessings of freedom.

If you were like me and voted early, then you should visit the Blogger's Quilt Festival and reward yourself with gorgeous pictures of quilts and vote for your favorite one.  I didn't get my act together to enter a quilt this time, but the choosing is getting more and more difficult.  I'm in awe of all of you and your talents.

Need more voting fun?  Visit Goodreads and vote for your favorite books of 2012.  I personally will vote for Joshilyn Jackson's A Grown Up Kind of Pretty.  It was my favorite for the year but, even better, if she wins we will all win.

Email ThisBlogThis!Share to TwitterShare to FacebookShare to Pinterest
File under: book review

Today is the first day of the UR Priceless Blog Hop over at Sew We Quilt.   I just couldn't resist this adorable coin purse pattern. You had to be in the swap to get the pattern, so I really had no choice.  Right?  Right! (*Note:  the pattern is now available for $7.50 at Madame Samm's Craftsy pattern shop.) 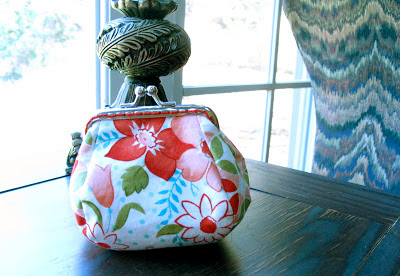 I bought the handles from I Have a Notion, and they arrived quickly with a sweet note inside.  Thanks!

I don't really use a coin purse, but this is the perfect size to carry my thimble, my binding clips, my tiny scissors, a spool of thread, and a packet of needles.  Voila!  Hand sewing kit ready to go. 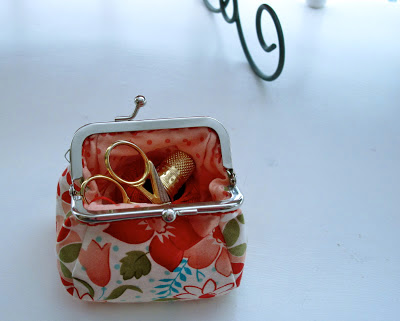 What would you use it for?

There are a whole bunch of us kicking off the hop today.  Be sure to visit these blogs and see all of the cute ideas plus giveaways.

The complete calendar for the entire 9 day hop can be found over at Sew Me Something Good in the sidebar.  Enjoy!