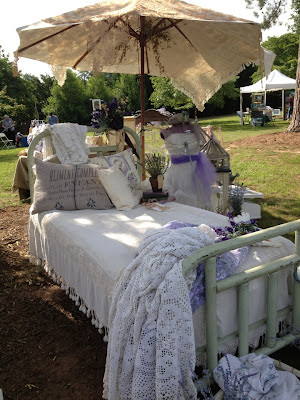 Mom and I went back to the Roswell Lavender Festival in June.  It was an absolutely exquisite day - unlike the record breaking heat we had the first week of July, May and June were blissfully cool (for us).

We decided to take the official tour of the house.  It was interesting and informative, but the coolest thing was this: 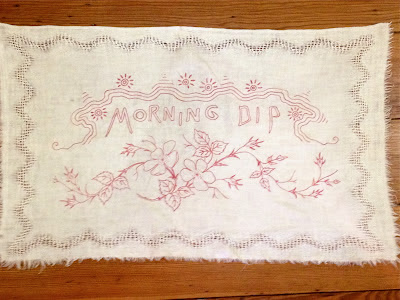 Remember the June quilt guild meeting post where Ann Hazelwood shared "splashers"?  Guess what they had in one of the bathrooms?  As if it weren't interesting enough that the house was built with a dressing/bath room in the first place! 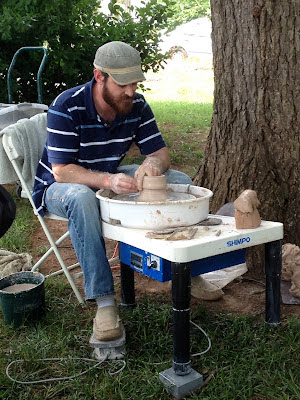 Among the vendors, we spotted a guy from Art Center West working on a pottery wheel, which led to a discussion about taking pottery classes.  I wonder if it would be a fun, one-time thing or turn into another obsession.  Anyone out there throw pots?  (Is that the correct phrase?  I'm clueless.) 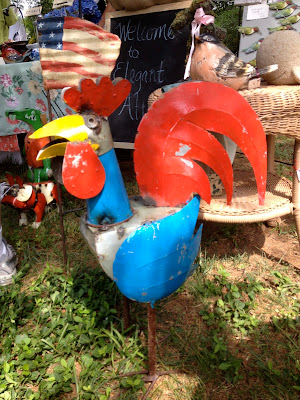 I couldn't help taking a picture of this guy.  Who here reads The Bloggess?  WARNING:  Not safe for work or kids or anyone who is easily offended by profanity or other inappropriate humor.  Also, don't drink coffee while you're reading; you will ruin your keyboard.

Email ThisBlogThis!Share to TwitterShare to FacebookShare to Pinterest
File under: embroidery, mom