Snips from a Snow Day

All that rain and sleet from Wednesday evening resulted in school being canceled on Thursday.  The roads that were disastrous at 5:30 AM were fine by 10, so I ran to the grocery store for cookie makings.  Some people were irritated and angry about the change, but that's just life in the south.  We get so few days of wintry weather that the snowplows and salt trucks are simply not worth it.  We prefer to close everything down and have a pajama day.  By the next morning, all will be right with the world.

The trick to keeping your sanity when this happens, even on the last possible day to get things done while the kids are in school, is to look at it as a happy surprise day together with no obligations instead of an interruption.  The roads that were disastrous at 5:30 AM were fine by 10, so I ran to the grocery store for cookie makings.  I can't think of a more wonderful way to spend the day than with all my chicks under my roof, happily working and chatting together. 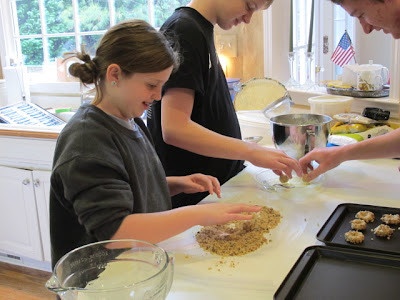 We had such a lovely day!  First we made pistachio brittle, and showed Gracie how a candy thermometer works. 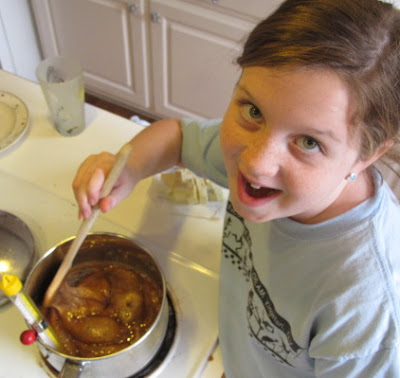 Then we made RPM's, those Rolo/pretzel, m&m thingys that apparently have no real name. 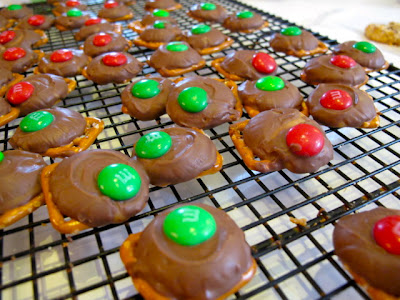 Last we made Russian tea cakes and robin's nest cookies, both of which required the kids to work together, rolling the cookie dough and the blue fondant icing.  As they reached across one another, I couldn't believe the size of my kids' hands!  I know they are big, but I remember so vividly each of those tiny hands grasping mine when they were infants.  Where has the time gone?  When did they become so capable?  They hardly needed me there at all, except to ask "Did you set the timer?" [Yes.] 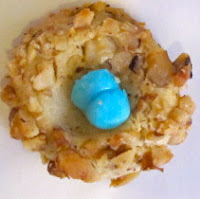 I'm not done with my Christmas preparation, but I'm feeling so calm.  So NOT stressed.  Where does that come from?  How can I duplicate it next Christmas or at other busy times of the year?  I think I've managed, somehow, to let it go.  Maybe knowing that this Christmas is not going to be a WOW! year for two totally separate reasons has helped me lower expectations and enjoy the season.
Financially it isn't going to be an over-the-top holiday.  Somehow instead of making me anxious, that has given me some freedom to relax.  There is simply nothing I can do about it.  Don't get me wrong, we're not hungry and I can put gas in the car and there will be Christmas; it just won't be a TV sitcom Christmas. 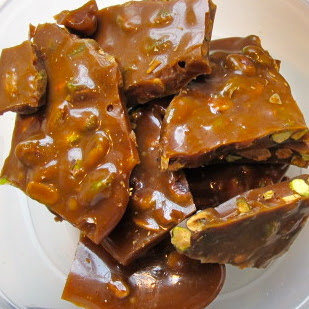 And the other reason, which is on the other end of the spectrum, is that my kids haven't asked for much.  The boys both want some music equipment, but instead of asking for it they both asked for gift cards to help them save up for it.  Gracie wants a flatiron.  Yes, for her hair.  I have no idea.
My oldest, who will be 16 on December 27th, made me so proud and baffled at the same time the other day.  I asked what he'd like to do to celebrate.  He thought for a moment and said, "Chinese would be good."
Me:  "Okay.  Do you want to go to PF Chang's or Lin's or try someplace new?"
Him:  "We could just get takeout."
Me:  "Chinese takeout?  For your 16th birthday?  You can have what you want, but your dad and I thought it would be fun to go someplace special.  Chinese takeout is like...Thursday."
Him:  "It's all fun to me."
How can you not love that boy?  I am so proud that they are not super materialistic (and don't get me wrong, they have plenty of cool stuff).  At the same time, it makes them tricky to shop for!  It's hard to get all excited when he says, "I could use a new pair of jeans."  Like clothing him isn't already my parental obligation!
I hope you are all having a serene Advent season, free of the worries of our materialistic society.  I have no idea what I did to deserve it, but I'm loving every second.