It's time to list our 4th quarter goals for the Finish-A-Long.

After spending so much time trying to finish my Q1, Q2, and Q3 projects, I find myself starting over on my list now that none of those are lingering around anymore.

For ideas, I decided to look at the guild's UFO challenge for this year.  Every January we make a list of five projects we want to finish by the end of the year.  If we complete at least four of them, we get a special UFO bead.  I would show it to you but I've never gotten one. 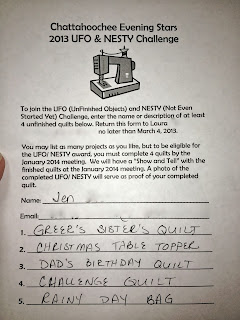 Do you see this?  Yes, four of those projects are finished!  I'm so excited.  The only one left is our guild challenge quilt, which is my Bonnie Hunter Spiderweb quilt.  Even though I have already earned the bead, I want the satisfaction of crossing all of these off my list. 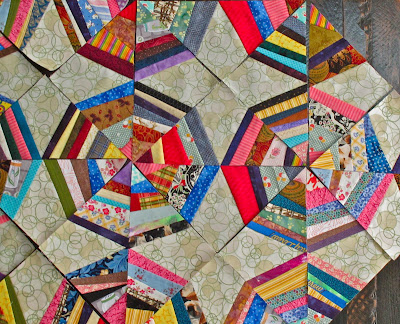 Project #2 obviously has to be Batman's quilt, which remains nameless at this time.  We're taking suggestions.  As soon as Mom finishes quilting it, I will bind it so she can take it to California for the big arrival.  The label will have to wait until this baby shows up and gets named and all that. 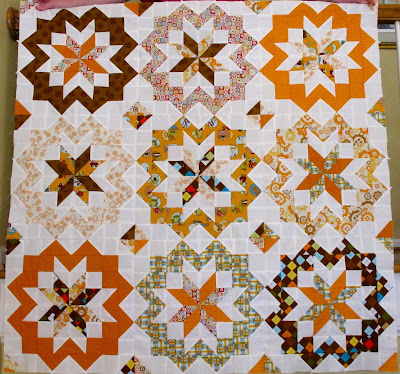 For my last trick, I thought I'd try to finish a really old UFO.  I think I'll let you all vote on which one I should tackle.