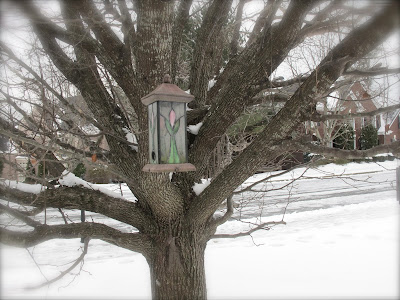 In case you haven't heard, here in the ATL we've been snowed in - iced in, really - for about a week.

It started snowing Sunday evening, and left a good 5" in our area. I know you Yankees are holding your sides and laughing, but that's a lot of snow in Atlanta. Normally anything more than a dusting causes schools and businesses to close all over the city for the day. And then it's gone, life goes back to normal, and everyone's a little less stressed for having an unexpected day off. 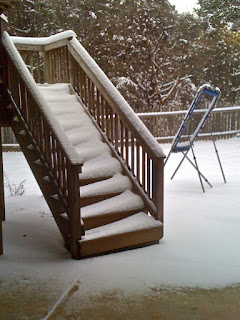 This time it didn't do that. This time we got the beautiful snow and then it started with the freezing rain and sleet. This is the real killer in Atlanta. First of all, the layers of ice take a lot longer to melt than snow. Trees tend to come down and frozen power lines wreak havoc throughout the city. Plus, no matter how fabulous a driver you are, you can't drive on an inch thick layer of ice. We had snowplows sliding into one another and firetrucks stuck in ditches. It was a mess. 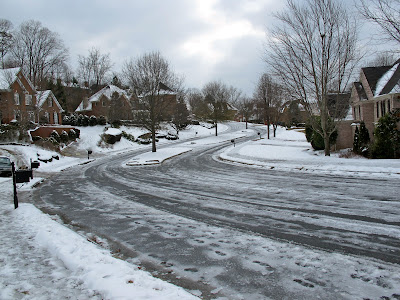 And then the other unusual thing happened. It stayed cold. Really cold. As in, not above freezing until Thursday. Four DAYS after it started snowing. Even then, it was only for a few hours. Despite three days of warming temperatures - it hit 47 today - there is still thick black ice in many of the shady areas.

There's been no school for a week. A WEEK! That's a lot of time for kids who just got back after Christmas break. By Monday, when we are out again to observe MLK day, the kids will have been in school only 4 days of the previous month. 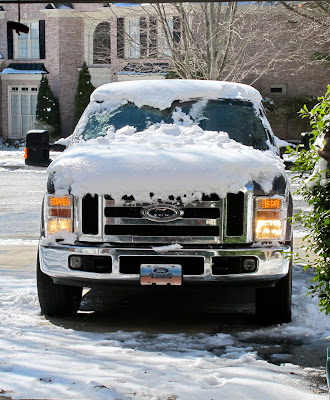 My husband stayed home from work.  Yeah, that really sums up how bad the roads were.  He decided to go in for a bit on Friday, only to have someone spin out on an icy patch and miss hitting him by inches before sliding into a ditch.  So the kids and I stayed home one more day.   Nothing is that important! 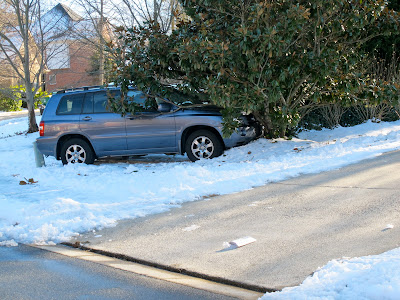 It actually wasn't too bad.  Many of my friends were moaning and groaning about how terrible it was and how sick they were of the kids bickering and being bored.  We managed not to get on each other's nerves too badly, especially considering that I have no memory of all five of us being in the house together for this long EVER. Of course, it wasn't really like being with the boys since they spent a significant amount of time playing Xbox Live with all of their friends.  Thank Heaven the power and internet never went down or it might have been a different story.

Gracie and I baked a little.  I'm surprised I didn't sew a stitch, and I didn't even blog a lot.  Mostly Daisy and I did a lot of cuddling in the chair with a blanket, coffee, and my Kindle.  (I read all four Twilight books!) 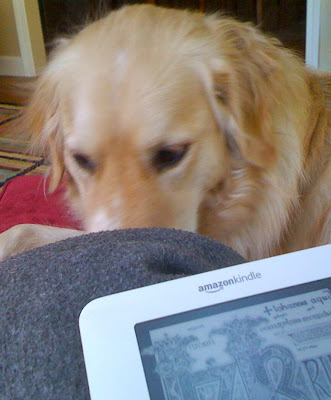 What's your favorite snow day activity?  Do you get cabin fever or relish the break?

Email ThisBlogThis!Share to TwitterShare to FacebookShare to Pinterest
File under: Daisy, grace