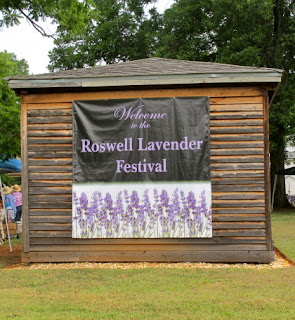 I had a lovely Saturday morning with my mother at the First Annual Roswell Lavender Festival, which was sponsored by and held at Barrington Hall.  Just around the corner from Bulloch Hall, where the Roswell guild's show is held every March, Barrington Hall is another gorgeous historic home built by one of the city's founders. 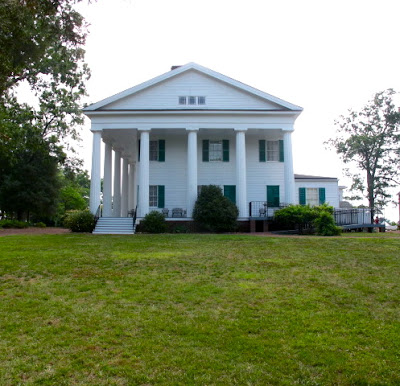 There is an abundance of lavender in the serene gardens and, apparently, Evelyn Simpson, the last resident of the hall, made lavender wands to sell through the mail.  This is where they got the idea to hold the festival at Barrington Hall. 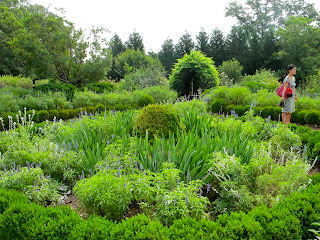 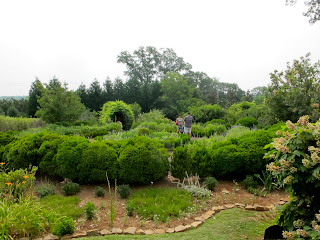 In addition to tours of the house and gardens, there was live music, barbecue, and vendors.  They were selling everything from jewelry to moss gardens to natural soaps and lotions.  Antiques in Old Town had a beautiful display of heirloom and antique pieces. 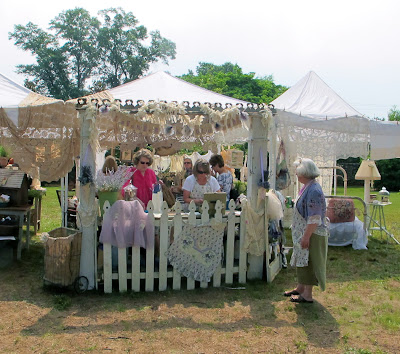 The Pop Shop had their handcrafted ice pops to help beat the heat, including a honey lavender flavor that I can only imagine was created for the festival. 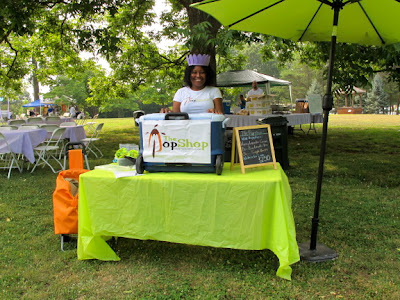 Amy Walsh from Shirt Off Your Back Quilts was there with a custom quilt designed just for the day.  A donation to the festival earned you a ticket in the drawing for the quilt. 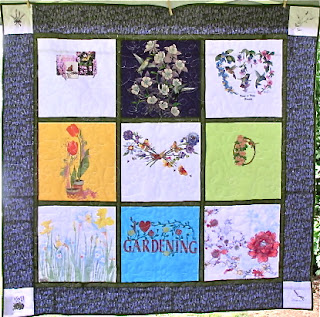 The natural light behind the quilt showed off the incredible longarm quilting by Betty Alonsious. 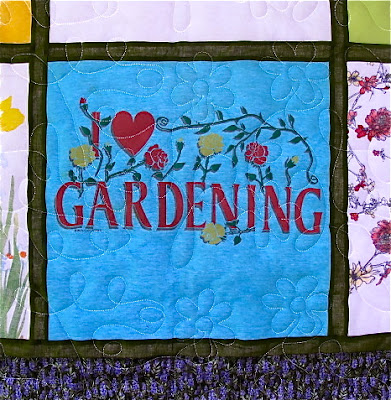 There were also craft demonstrations and food tastings on the hour.  We got to try the honey lemon biscotti.  Sadly, the lavender ice cream tasting wasn't until 3 pm, so I missed out.  I got the recipe, though, in the cookbook.  I'll just have to try it at home! 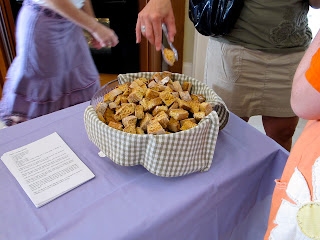 Mom and I attended the craft session where they taught us to make the lavender wands just like Evelyn Simpson's.  I got lucky enough to be standing next to a woman who used to work as a docent at a historic home in Decatur.  She taught visitors and volunteers how to make the wands that were once used around the house as a natural insect repellent and air freshener.  She said that the wands could be hung in windows (before screens or air conditioning) or under the ladies' hoop skirts, tucked into drawers and the foot of the bed.

Here's how you make one: 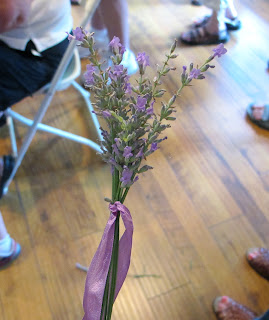 Step 1 - gather a bundle of lavender stems with the leaves stripped off the bottom.  An even number is recommended.  18, 20, or 26 seem to work best. Get a piece of thin ribbon (thinner than shown here works even better according to my tutor) about 1 1/2 yards long.  Tie a tight knot just below the flowers.  One end should be shorter, just long enough to hang the finished wand.  Or you can weave it into the wand. 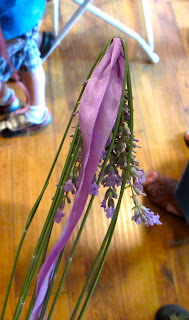 Step 2 - Bend the stems down over the flowers. 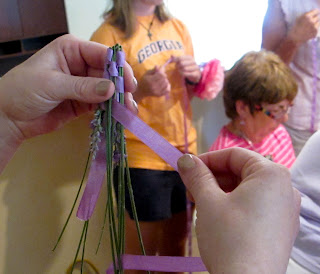 Step 3 - Start weaving the ribbon over and under each stem.  Starting is a little trickier, but once you get going it makes sense. 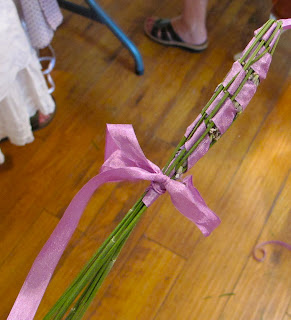 Step 4 - keep weaving until you get to the bottom of the flowers.  Then tie a knot or a bow.  Voila! 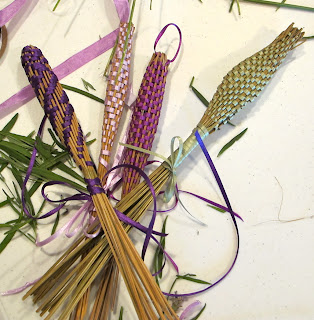 Here are some of the older wands after they've dried.  A couple of these are over twenty years old and still fragrant.  Aren't they beautiful? 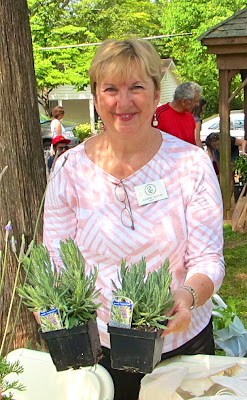 Many groups participated and made this festival possible, including the Chattahoochee Unit of the Herb Society of America.  They sold different varieties of lavender and a "cookbook" that included tips on growing lavender and a list of that do well locally. 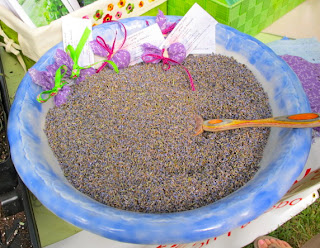 The herb society also had bowls of dried lavender and sachets to keep as a fragrant memento of the day.  I know it's one I will always remember.  Thanks, Mom!